Brad Wierda is a native of Kalamazoo, Michigan.  He graduated from Calvin College with a Bachelor of Arts degree in English in 1994 and from Boston College Law School with a Juris Doctorate in 1997.

Mr. Wierda initially practiced law in Boston, Massachusetts.  Subsequently, he moved to Traverse City in 2002 where he practices civil litigation. He is licensed in all State and Federal Courts in Michigan as well as in the Sixth Circuit Court of Appeals in Cincinnati, Ohio and in the State and Federal courts in Massachusetts.  He has extensive Federal Court experience having represented numerous municipalities including Grand Traverse County, Benzie County, Antrim County, and Otsego County.

Mr. Wierda lives in Traverse City with his wife, Julie, who works as a nurse at Munson Medical Center, and their three children: Madeline, Cole and Jake.  He is a former consistory member at Faith Reformed Church and former school board member at Traverse City Christian Schools. 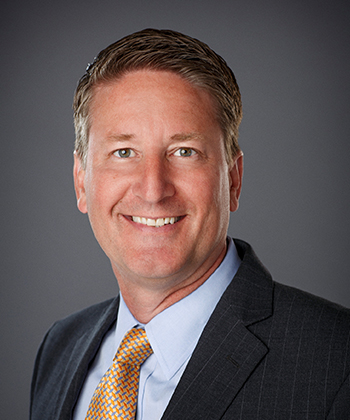 Brad, Thank you for representing us so well! I have nothing but good things to say about Andrew, you and your firm! Please feel free to use me as a reference. Thanks again!