A native of Battle Creek, Michigan, H. Wendell Johnson graduated from Michigan State University in 1968. He served three years active duty with the United States Army Infantry, retiring as a First Lieutenant, and subsequently earned his Juris Doctor degree from the University of Michigan Law School in 1974.

Mr. Johnson is a member of the Business Law, Real Property Law, and Probate and Estate Planning Sections of the State Bar of Michigan, and the Real Property, Trust and Estate Law Section of the American Bar Association. His areas of practice include real estate (transactions and litigation), commercial transactions, and estate planning. 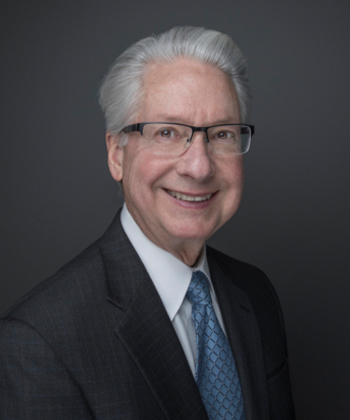 “Thank you, for all your help and support. We would have never been able to accomplish what has transpired without you. Attorneys are not all easy to work with, you are not the norm. It has truly been an honor to share the battlefield with you, you have made it possible to get the results we are now celebrating. You never wavered with your advice and support. You kept us from making mistakes, you allowed me/us to spread our wings to get the desired finish. We have pushed the envelope and put the 12 and their Attorney in their place, as a Board utilizing a “Great Attorney”, FRIEND and MENTOR—THANK YOU!”

Dear Mr. Johnson. I must express my thanks to you. Your firm has been wondrously faithful, diligent, persistent and professional in every way throughout this long process of suit and settlement.

You deserve, and have earned, my gratitude, kudos, compliments and extraordinary thanks for all your actions on my behalf. Be assured, if ever I have an opportunity, I shall recommend you most highly!

Wendell, It’s taken me 3 years, but as they say, better late than never. I called you 3 years ago around this time of the year with a personal problem you may or may not remember. You helped me out greatly! My life since then has changed wonderfully. Thanks again for your words of wisdom.

Dear Mr. H. Wendell Johnson. I’d like to take this opportunity to thank you for doing an excellent job in representing my interests in our recent court appearance. Your composure and professionalism were outstanding. I couldn’t have asked for anyone to do any better than you did. It appears you have chosen a career that can maximize your potential and abilities. You certainly can feel proud to be able to effectively represent a party and be instrumental in bringing justice to a bad situation. Again, Thank you!

Dear Wendell, the enclosed check more than covers your required fee, but because of your excellent performance and results in obtaining our insurance refund, the least we could do to show our appreciation is to express it in this manner.

It has been our pleasure to do business with you and we wish you the greatest success in the future.

Wendell, I’d like to personally thank you again for your excellent presentation of my case. Your ability and style impressed me from the very beginning.

Dear Wendell: We don’t have the words to express our thanks and gratitude for what you have done for our daughter. You were her anchor all through her stressful tribulations.

When she desperately needed someone in whom to put her trust – you were there.

Our family, as a whole, has few occasions for the need of a lawyer, as you know. But, we rest easy knowing you and Lou and your crew are there for us, “when and if”.