Joseph W. Brunett grew up just north of Grand Rapids in Cedar Springs, Michigan. He moved to Traverse City for his undergraduate studies and attended the Great Lakes Maritime Academy where he received a Bachelor of Science in Maritime Technology as well as a Bachelor of Science in Business Administration from Ferris State University. After working on the Great Lakes as a Third and Second Mate, Mr. Brunett resolved to pursue a career in the law.

Mr. Brunett attended the University of Arkansas at Little Rock William H. Bowen School of Law where he received his Juris Doctor and graduated with honors. He was a member of the law review and was the published author of a case law survey related to criminal jurisdiction in Arkansas.

Mr. Brunett currently lives in Traverse City with his wife Jamie, their son, and their dog: a pug named Marty. 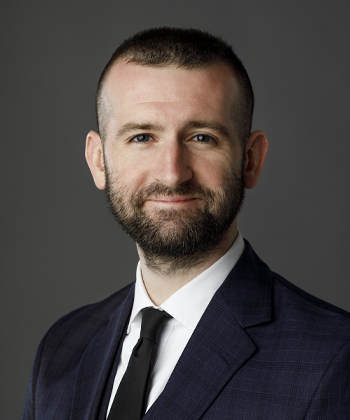