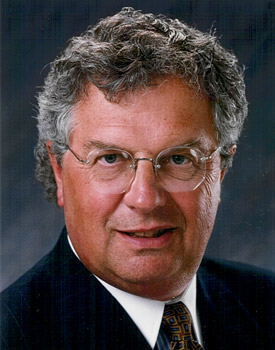 Mr. Smith was the co-founder, President and Chairman of the Board of Directors of The Thomas M. Cooley Law School in Lansing, Michigan, serving from 1972 to 1994.

Mr. Smith served on the Advisory Council of the University of Notre Dame Law School. He has served as Director of Universal Forest Products, Inc., a NASDAQ listed company, since 1993.

From 1997 through 1999, Mr. Smith served on the State Tenure Commission, and from 2002-2003 on the Board of Directors of Blue Cross Blue Shield of Michigan. He also served upon nomination by the Michigan Supreme Court and by gubernatorial appointment on The State Board of Law Examiners from 2002-2007. He is a prior member of Grand Traverse County Hearing Panel #2 for the Attorney Discipline Board.

Mr. Smith also served honorably as a member of the Army Reserve for the United States of America from 1957 through 1965.