Mr. Smith has practiced as a trial attorney since graduating Notre Dame Law School in 1992. He has litigated cases across the country including cases from Ventura County, California to Middlesex County, New Jersey. He practices in both State and Federal courts.

In 2017, he began representing Michigan cities and counties in what has shaped up to be one of the largest pieces of litigation ever in the history of our federal court system. The majority of Northern Michigan and Upper Peninsula counties retained Mr. Smith and his team to represent their interests in MDL No. 2804, In RE: National Prescription Opioid Litigation currently pending in the Federal Court for the Northern District of Ohio. In the fall of 2020 he filed 2 of the first Paragard IUD cases in Michigan. Those cases are now transferred, along with a recently filed third case, to MDL No. 2974 in the Northern District of Georgia as part of In RE: Paragard IUD Products Liability Litigation.

In addition to complex Federal Court MDLs, he successfully represents individuals in a broad array of civil cases. In 1998, in Oscoda County, he obtained the highest plaintiff’s verdict in the history of that county in an auto accident case. He has a proven track record not only in injury cases, but also divorce, criminal and civil litigation.

As a commercial litigator, he has collected over 5.5 million dollars since 2017 for a single Credit Union client in south central Michigan.

In 2002, at 34 years of age, he was one of the youngest attorneys in the state to receive an AV-rating, the highest rating, from Martindale-Hubbell. In 2016, 2018 and 2020, Best Lawyers listed Mr. Smith as the Plaintiff’s Lawyer of the Year for Northern Michigan. Mr. Smith was also included in the 2023 edition of The Best Lawyers in America® for Personal Injury Litigation – Plaintiffs. Both Best Lawyers and Martindale-Hubbell rely on peer review from other attorneys and local judges as to these rankings, which represent the highest level of professional excellence in the field. Mr. Smith has been identified as one of the Top 100 trial attorneys in the State of Michigan by the National Trial Lawyers since 2019.

He is a frequent speaker in the area of litigation strategies and techniques and has annually moderated the Michigan Trial Lawyers Winter Seminar since 2000. In 2006, he was named to the 40 under 40 list by the Grand Traverse Business News and was named to the “A-List” of attorneys in Northern Michigan by Traverse the Magazine.

Mr. Smith was a licensed fly fishing guide from 1999 to 2009, spent many evenings coaching kids’ basketball, softball and volleyball, and enjoys hunting and fishing throughout Northern Michigan. He currently resides outside Traverse City in Beulah Michigan and enjoys spending his evenings on the bank of the Platte River with his English Springer: Ivanhoe’s Irish Cream or “Icky”. 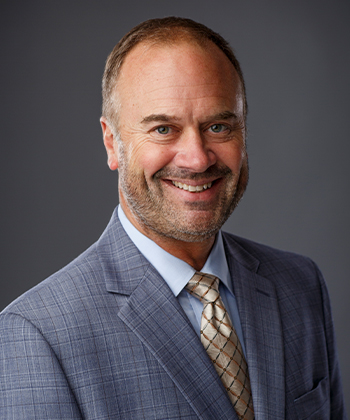 “Tim is a professional in every sense of the word. He maintains a positive attitude and a focus on core objectives, regardless of the obstacles. If I were looking for legal representation or professional advice in Northern Michigan, I would go to Tim Smith first… and I had over 1200 attorneys in my client list from his region. He’s the best of the best.”

“Tim: I am very thankful to you for the venison [I made sure this client, who could no longer hunt, got some backstrap and steaks from my deer] and me and my mother wanted to get you something to show our thanks to you where that next year’s thing’s will be better and I am glad to have you not only for my lawyer but also a good friend.”

Dear Tim. I wanted to take a special opportunity to thank you and also to congratulate you on a job very well done recently.

It was very interesting for me to watch your thought process and resultant actions in dealing with a man who was taking advantage of the letter of the law, to misuse the legal process, in an attempt to avoid his just debt and the legal action of the Court in Traverse City. I was impressed with your analysis and your action, and most impressed with your moral commitment to do what was just and right! Your conscientious concern is a credit to you and to your family and to the legal profession.

Thank you again and best wishes.

Thank you from the bottom of my heart for all you’ve done for me. May God continue to shine his blessings on you throughout the New Year. God Bless You.”

“Dear Tim, you are the most talented, balanced, personable, and compassionate man that I have ever had the pleasure of knowing. This personal opinion was formed prior to any professional relationship with you.

Tim, you are the consumate personal and professional role model due to your selfless contributions toward others. It is especially rewarding for me to experience the results manifested from quality families such as yours. After 27 years of knowing your father and mother, my respect for the Smith Family continues to grow as a result of your kindness.”