Statewide, our firm represents medical service providers in their collection of unpaid and/or underpaid auto no-fault insurance patient accounts. We also serve as general counsel to medical service providers. As general counsel, we implement, maintain and update auto no-fault insurance billing procedures which serve two critical goals: to facilitate prompt payment in full and to save aging accounts from being statutorily barred by the Michigan Automobile No-Fault Insurance Act’s one-year-back rule. We also counsel our provider clients on any other no-fault insurance issue that may arise.

When implemented aggressively and under the right set of facts, medical service providers can collect their unpaid accounts without expense. That is because in certain circumstances, statutory interest and attorney fees are to be paid by the no-fault insurer for having delayed in making proper payment. Thus, it is not uncommon for a medical provider to recover not only its principle charges, but interest and fees, too which often balance out the underwritten expense in pursuing the collection matter altogether.

For a more detailed discussion of this topic and the area of no-fault collections for medical service providers, you are invited to access our Bill Processing Manual for Medical Providers: Getting Paid In Full And On Time©.

Check the “Send Processing Manual” box in the contact form at the right to get a free copy of our “Getting Paid in Full and On Time” book pdf. 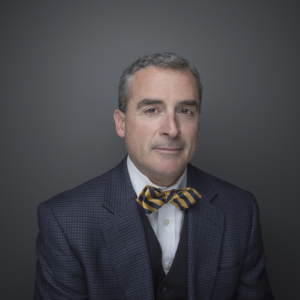 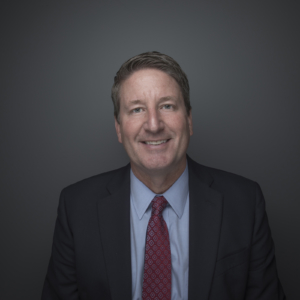 In 2010, Michigan’s Court of Appeals issued a published opinion on an important legal issue facing a number of our healthcare provider clients. The issue on appeal dealt with defining what are “usual and customary charges” for St. Joseph Regional Medical Center. At the trial court level, defendant was a non-profit corporation that owns and operates hospitals including the St. Joseph Regional Medical Center. In December of 2005, plaintiff Holland was admitted to this hospital for medical care, in particular treatment of a kidney stone. At the time plaintiff was uninsured. She signed the agreement with the hospital when she promised to pay “for all services rendered to me at the medical center’s usual and customary charges”.

The hospital and its doctors treated Ms. Holland and provided her with the medical services that she needed. They then tendered their bill to her but she refused to pay the charges billed and instead filed a lawsuit alleging that the “usual and customary charges” that she promised to pay in the contract meant the discounted payments that the hospital accepted from health insurers and other third party payors rather than the prices stated in the defendant’s “charge master”. The charge master is an index of undiscounted charges that the hospital uses to bill its healthcare services to patients.

At the trial court level the court granted the hospital’s motion for summary disposition holding that the language was unambiguous and referred clearly to the prices stated in the hospital’s “charge master” and not the discounted prices charged to insured patients.

Using a simple contractual analysis, the appellate court held that contracts are enforced according to their terms as negotiated by the parties. When examining written contracts the words within that document are given the plain and ordinary meaning. Further, courts may not impose an ambiguity on clear contract language. In this case, the plaintiff contended on appeal that the phrase “usual and customary charges” is susceptible to more than a single meaning. Essentially Ms. Holland argued that it was somehow it was ambiguous. On appeal she argued that “usual and customary charges” might mean either (1) the prices in the charge master; or (2) the discounted prices charged to insured patients.

The Court of Appeals disagreed with the argument presented by Ms. Holland and held that the phrase “usual and customary charges” was unambiguous and not in conflict with itself from a language standpoint.

It is interesting to note that both parties on appeal cited the case of Midwest Neurosurgery v State Farm Insurance, a Nebraska Supreme Court decision. They did this because Michigan law does not directly address the facts at issue in this case.

Training in no-fault bill processing is really the implementation of all of the foregoing topics and strategies outlined in the Bill Processing Manual for Medical Providers: Getting Paid In Full And On Time©. Typically, with one or two meetings, providers are fully equipped with the tools necessary to improve their collection efforts and ultimately, their bottom line. We invite you to call us any time to schedule an appointment, accordingly.

Cost containment and productive use of resources is paramount to profitability. As all providers know, there is good debt and bad debt. We help providers quickly identify good debt that is collectible and not otherwise time-barred by the self-contained limitation period set forth in the no-fault act [MCL 500.3145]. We typically provide this service in one of two manners: when embarking on a new relationship with a provider, we typically meet with its collection team and outline our model approach to categorizing viable no-fault accounts. With this tool, the provider quickly weeds out its bad debt and preserves the good debt for referral and collection. For established clients, we service case assessment inquiries on a case-by-case basis.

Consistent with cost containment and productive use of resources, a basic understanding and knowledge of the no-fault law is a priceless cost-saving advantage. Modeling no-fault patient accounts for collection demands special attention because they are unique and subject to many rules and deadlines under the no-fault act. Therefore, we routinely advise provider billing departments about proven methods and models to implement in order to better track and preserve the account for litigation.