Exposure to Paraquat Linked to Parkinson’s

Exposure to Paraquat has been linked to an increased risk of Parkinson’s Disease. If you or a loved one has been exposed to Paraquat and has been diagnosed with Parkinson’s disease, you may qualify to participate in the Paraquat lawsuit, and Smith & Johnson will help you get the compensation you deserve. Contact personal injury attorney Tim Smith to learn more today.

Though it was first produced over 130 years ago, its application as an herbicide was not popularized until the mid-20th century. Today, it is used as an herbicide agent on more than 100 different types of crops.

According to the American Council on Science and Health, Paraquat’s relative toxicity of glyphosate, another popularly used herbicide which is known to be toxic, ranges from 33-250. A lethal dose for an average person is around 2.5 grams, and it is even more toxic when inhaled.

Paraquat Has Been Linked to Parkinson’s Disease

In February 2011, the National Institute of Health (NIH) conducted a study—the Farming and Movement Evaluation (FAME)—exploring claims that exposure to the popular herbicide Paraquat could be linked to a greater risk of developing Parkinson’s disease.

Following the study’s release, Syngenta, a Swiss herbicide manufacturer, claimed on its website that data from the study showed that farmers who use Paraquat are less likely to develop Parkinson’s disease than the general population. This claim was highly debated by the study’s authors, who attested that the data from the study showed that individuals were roughly two and a half times more likely to develop Parkinson’s after being exposed to Paraquat (or a similar herbicide—Rotenone).

FAME drew data from the Agricultural Health Study, a larger project that tracked more than 80,000 farmers, agricultural workers, and their spouses. FAME researchers identified 115 individuals who had developed Parkinson’s, studying 110 of these individuals who were open to providing information on the herbicide they frequently used.

Syngenta held the findings in contention, arguing that because only 115 individuals developed Parkinson’s out of more than 80,000 North Carolinians and Iowans included in the Agricultural Health Study, direct correlation between Paraquat and an increased risk of developing Parkinson’s could not be proven. “The incidence of Parkinson’s disease [in the study] appears to be lower than in the general U.S. population,” explained Syngenta, trying to rationalize their website’s claim.

Dr. Caroline M. Tanner, the director of the Parkinson’s Disease Research, Education and Clinical Centers at the San Francisco Veterans Affairs Medical Center and the lead author of the FAME study explained that Syngenta’s argument held no basis. Tanner argued that FAME was not a comprehensive assessment of the incident Parkinson’s among all 80,000 individuals. Rather, the study chose a group of people who did have Parkinson’s—studying that specific group against a control group.

In actuality, FAME relied on self-reporting from participants of the larger Agricultural Health Study. “There were probably quite a few people with Parkinson’s disease who did not enroll in our study,” explained Dr. Freya Kamel, a scientist at the National Institute of Environmental Health Sciences, a branch of the National Institutes of Health and a co-author of the FAME study.

Syngenta said it “went to significant lengths to attempt to access the data” from the FAME study so that the manufacturer could “gain as complete an understanding as possible of the study in the pursuit of scientific rigor.” Kamel called Syngenta’s analysis inappropriate.

Kamel found the FAME study data linking Paraquat to Parkinson’s “about as persuasive as these things can get.”

A similar study conducted in 2012—the Genetic Modification of the Association of Paraquat and Parkinson’s Disease—found that individuals who used Paraquat and who also had a specific genetic variation were 11 times more likely to develop Parkinson’s, indicating that some people are put at greater risk by being exposed to the chemical.

Paraquat Banned Across the Globe

Paraquat is banned in 32 countries. Notably, though Paraquat is produced by Swiss manufacturer Syngenta, use of the herbicide has been banned in Switzerland since 1989.

Paraquat has been on the banned substances list in England and throughout the European Union since 2013. One of Syngenta’s largest Paraquat manufacturing facilities is located in Northern England, but most of the yield is sent to the United States.

China also produces Paraquat. Although it is known for being an industrial nation with lax environmental regulations, China announced in 2012 that it would begin to phase out Paraquat to “safeguard people’s lives”. All production is now exported.

Many other nations are now following suit and venturing away from the herbicide, citing research that links the chemical to health risks.

Increased Paraquat Use in the United States

However, in recent years in the U.S., Paraquat has become a popular alternative to Monsanto’s Roundup. Roundup has long been the preferred herbicidal agent for American agricultural workers, but as weeds and pests are becoming more resistant to it and lawsuits alleging dangers and injuries arise, farmers are turning to alternative herbicides and pesticides to treat their crops.

Paraquat has become the preferred herbicidal alternative, in light of the issues surrounding Roundup, especially for soybean fields, where the number of pounds used is up fourfold over the last 10 years. In 2016 alone, the United States sprayed 7 million lbs. of Paraquat over nearly 15 million acres of land.

However, it is important to note that all Paraquat products are Restricted Use Pesticides (RUPs), meaning only licensed applicators are able to purchase and use the herbicide. All applicators must be “licensed in accordance with EPA regulations and state, territorial and tribal laws.”

In March 2016, the Environmental Protection Agency (EPA) announced in a regulatory filing that they would be further exploring the possible health risks associated with Paraquat. The filing is part of a program, sponsored by the EPA, that re-evaluates all pesticides on a 15-year cycle.

In the announcement, the agency said, “There is a large body of epidemiology data on Paraquat dichloride use and Parkinson’s disease.” The EPA plans to decide whether to place Paraquat on the banned substance or continue to allow the chemical to be sprayed on US cropland, but a final decision is not expected until next year at the earliest.

All documents related to the registration review can be located in docket number EPA-HQ-OPP-2011-0855 located at www.regulations.gov.

A December 2016 study published in Nature Chemical Biology reassures researchers who believe Paraquat to cause Parkinson’s. A CRISPR screen, an investigation into the possible agents that increase the risk of Parkinson’s for individuals exposed to Paraquat, identified a pathway required for Paraquat-induced cell death in humans. The study found that after being exposed to Paraquat, genes that may lead to Parkinson’s disease were identified using an innovative gene-editing technique. Further, the study found that Paraquat kills cells through a mechanism called oxidative stress. The study was unable to reveal the exact process that allowed the herbicide to do so, though the researchers presented multiple theories.

There is currently a Paraquat lawsuit filed in St. Clair County, Illinois. The lawsuit, which was filed on Oct. 6, 2017, is filed on behalf of farmers and agricultural workers who were exposed to Paraquat and, as a result, developed Parkinson’s disease. The original defendants named in the Paraquat lawsuit were Syngenta and Growmark.

Plaintiffs in the Paraquat lawsuit claim that Syngenta and Growmark manufactured Paraquat, distributed and sold it as Gramoxone or by other names since 1964.

In an amended complaint, plaintiffs also named Chevron Chemical as a defendant, claiming that Chevron acted in concert with Syngenta and Growmark.

Plaintiffs argue that, before the recent studies linking Paraquat to Parkinson’s, they were completely unaware that the chemical posed any long-term health risks.

Can You Participate in the Paraquat Lawsuit?

If you have previously been exposed to Paraquat, or similar herbicide Rotenone, and subsequently developed Parkinson’s disease or signs of ongoing developing Parkinson’s, you may qualify to participate in the Paraquat lawsuit. 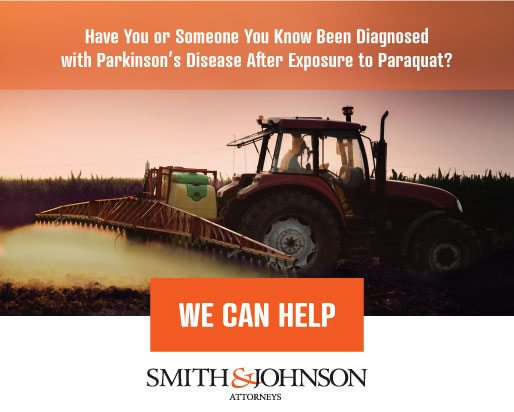