Plaintiff served a second set of interrogatories on the defendant some months later, inquiring further into defendant’s medical condition.  Then, defendant’s counsel sent plaintiff a letter stating that he was voluntarily withdrawing his “sudden medical emergency” affirmative defense and would be asserting the physician-patient privilege, MCR 2.314(B)(1), and would not be providing the requested medical information.  The physician-patient privilege is a rule of law which provides that a party may refuse to testify or otherwise produce evidence regarding confidential information between the party and his or her doctor.  Plaintiff filed a motion to compel production of the requested medical information, taking the position that under MCR 2.314(B)(1) which states that a party must assert the privilege in answers to interrogatories or in answers to a request for production for documents and that a privilege not “timely asserted” is waived, the defendant waived the privilege.  The trial court sided with the defendant, finding that the fact that the defendant provided some basic medical information early on did not waive the privilege when the plaintiff later asked for more detailed medical information.

What This Means For Injured Persons:

This case is a warning to injured persons, especially defendants, that if you put your medical condition into issue early on, you will not be able to later change your mind and raise the physician-patient privilege in trying to keep out your medical records.  Although the Court of  Appeals in a 1999 opinion held that if a party gratuitously mentions in answers to a first set of interrogatories that they have a certain illness or disease they can still assert the privilege at a later date if they are later asked for medical records, the Court of Appeals in this case was taking a stricter stance  and holding that the mention of a disease/illness and the act of producing emergency room records early on is a waiver of asserting the physician-patient privilege later on.

You can read the entire Michigan Court of Appeals opinion here.

Authored by Barbara A. Assendelft 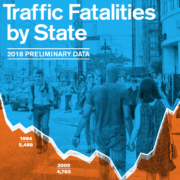