NASCAR admits that catch-fence system failure is not new. Remarkably, in a moment of candor, Steve O’Donnell, NASCAR’s senior vice president for racing operations, remarked “‘This is not new.'” Viv Bernstein, NY Times, dated February 24, 2013. It truly is not. In 1987, the gravity of this known danger of poorly designed catch-fencing systems was exposed. During the Thursday, May 7, 1987, time-trials for the Indy 500, one of Roger Penske’s race cars crashed into the concrete wall at turn 4, shedding its right front wheel. Hungness, Carl (1987). The 1987 Indianapolis 500 Yearbook. Carl Hungness Publishing (there also exists, actual video footage of this incident with Roger Penske witnessing its occurrence). The wheel assembly careened over the catch fence and into the grandstands. Fortunately – then – no one was seated in the grandstands. Days later, Indy’s luck ran out when Race-car driver, Tony Bettenhausen’s wheel assembly flew over the catch fence and killed Lyle Kurtenbach. Staff writer, Los Angeles Times, May 25, 1987. The height of the crash wall at Indy was 31 inches and the catch fence system was 14 feet. In 1993, the Indianapolis Motor Speedway underwent major renovations and safety improvement. The crash wall height was increased to 42 and the catch fence to 19 feet, 18 inches coupled with increased arcing over and above the racetrack. Despite this history and industry knowledge, Penske Motorsports, Inc. and Michigan International Speedway, did nothing to modify, improve or make safer its catch fencing system. Its crash wall remained at 48 inches and catch fence only at 11 feet. And the consequence of that failure proved horrific when, on July 26, 1998, race car driver Adrian Fernandez crashed into the wall at turn 4, and his car’s wheel assembly careened over the fence into the grandstands, killing three spectators and maiming several others. After this horrible incident, in August of 1998, the Michigan International Speedway hurriedly implemented safety modifications to its fencing system that were readily known and available to the industry. The fence was raised to 17 feet above the well, still shorter than Indy’s improvements. The arcing or overhang was also extended by 4 additional feet. But it appears that these heights still remain inadequate. That is because Daytona’s catch fence purportedly measures 22 feet. Images of the catch fence, however, illustrate that although it is taller than either Indy or Michigan, it does not arc or reach out over the race-track in the manner and design of Indy’s or Michigan’s. Again, these are just lay observations from the available photography when compared to the actual designs of Michigan’s, for example. But clearly, it is a relevant starting point to any investigation into any potential personal injury damage claim brought by an injured fan. 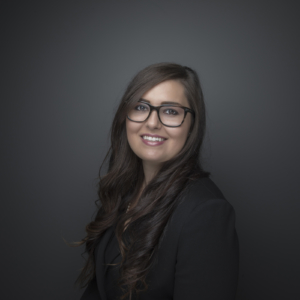