On May 8, 2018, the Michigan Court of Appeals issued a binding decision in Shah, et al v State Farm Ins Co, ___ Mich App ___ (2018).  This is the first post Covenant v State Farm Ins Co, case that has decided a substantive issue born out of Covenant, itself.  As a reminder, our Supreme Court held in Covenant that medical providers did not have an independent statutory right to bring a lawsuit to collect unpaid medical bills against a responsible no-fault insurer.  The court, however, made clear in its ruling that its decision did not prohibit other legal theories, e.g., by way of an assignment from the patient/insured.  In fact, it was State Farm’s appellate counsel that advocated to the Supreme Court that such an action would still be viable, were it to rule in State Farm’s favor disavowing the independent statutory theory.  Following Covenant, medical providers began initiating their collection lawsuits pursuant to assignment.  And predictably, State Farm and its brethren no-fault insurers immediately defended the claims arguing that their insurance policies did not allow their insureds to assign their rights under the no-fault policy.  Well, the answer to that question has now been decided in favor of the insured and his/her medical provider: Yes she can, thus permitting the medical provider to sue the no-fault insurer and collect the unpaid medical bill the insurer should have paid in the first place.  The reasoning of the court in Shah is that the anti-assignment clauses only pertain to pre-loss risk that the insurer clearly did not bargain for.  On the other hand, once the loss has occurred, that risk was bargained for; all that remains is who the payee is; and the insured may assign the right to that owed benefit.  This has been the common law in Michigan for over 100 years, without rebuke.  See, e.g., Roger Williams Ins Co v Carrington, 43 Mich 252 (1880).  So until our Supreme Court says otherwise, medical providers’ collection lawsuits against no-fault insurers remains valid with a patient assignment.  Individual insured/injured persons and medical providers with questions about the Shah decision or how to draft a proper assignment compliant with the no-fault law are free to contact Smith & Johnson, Attorneys, P.C.

A health system's actual procurement costs for surgical implants is subject to disclosure for payment consideration by auto no-fault insurers.

Driving Too Fast for Conditions

A minor investment to investigate the facts of an accident is the difference between no-fault coverage paying versus private pay or government reimbursement.
Announcing Associate Attorney Danica L. Powell 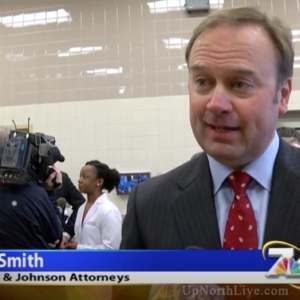